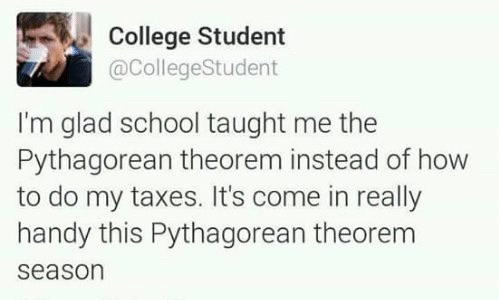 Our country, and our province, have a household debt problem. It’s something we know well – in our families and in our communities – but it’s a problem we have put off.

This is something I’ve seen far too much of as a young Islander. Many friends of mine have spent years working hard, trying to catch up financially for mistakes they’ve already made with their money. Even as they are starting careers with steady paycheques, they’re missing the chance to save for their future and invest in a home or business.

These are the assets the next generation will use to raise their own families, build wealth and contribute to the economy. But they can’t do these things if they have to put most of their available income toward paying interest instead of getting ahead.

As a candidate in the upcoming federal election, this is an issue that has come up time and time again as I go door to door to meet with voters. In fact, it’s the issue I’ve heard about most.

Families are worried their children will be worse-off financially than they are. They wonder how this has happened.

There are no easy answers to this question. We are blessed to live in a wealthy, developed country with a great selection of financial products for most people. Loans, lines of credit and credit cards are great things that let us live better lives – if we use them properly and have the right knowledge of how they work.

Unfortunately, the generation entering the workforce today is not educated enough in personal finance. They have the tools but not the knowledge to succeed with their money, and many young people are falling victim to a lack of solid financial planning.

This isn’t just a word-of-mouth concern. Experts agree we are right to be worried.

For example, the governor of the Bank of Canada, Stephen Poloz, has sounded alarm bells about the state of personal finance and household debt in Canada. He has also highlighted wider economic effects of people falling behind financially, such as delays in buying homes and other key investments. Ultimately, these decisions affect all of us.

Statistics Canada also pegs the rate of household debt as significant. Its most recent numbers show that for every $1 of income, families carry $1.79 in debt.

Think about that. We live in one of the wealthiest countries in the world, and our average household carries more than twice as much debt as it earns every year.

Even debt assistance companies are seeing the effects. As interest rates slowly rise, there are more people reaching out for help. In too many cases, people have to file for bankruptcy or make consumer proposals to settle their debts.

These terrible situations are largely avoidable. But to make our province and our country more financially secure, we need to give people the training to use their money in their best interest – when they’re young, not after they’re drowning in debt.

If elected in October, I’m willing and ready to work with our federal and provincial leaders to make personal finance a source of knowledge and power for young Islanders and young Canadians, instead of a source of stress.

Our country guarantees that every child has the right to an education. And yet so many people leave school after 12 years without knowing how credit cards work. They don’t know the difference between saving a dollar when they’re 18 and saving a dollar when they’re 40. And they don’t realize how easy it is to rack up debt, but how hard it is to pay back.

Education is a provincial responsibility in Canada, but personal finance woes are a national problem. Our politicians can’t stay in silos: They need to see the crisis and develop a plan to end ignorance on this issue.

As a conservative, I believe families should have the freedom to make their own best decisions about what to do with their money. But I also believe the knowledge we pass from one generation to the next is one of the most important things we do as a province, a culture and a country.

It’s time we started treating the decline in personal finances as the urgent problem that it is. That starts by our elected officials showing leadership and committing to make a lack of financial education a thing of the past.

Logan McLellan is the Conservative candidate for the riding of Egmont in October’s federal election. He is a financial advisor by trade.